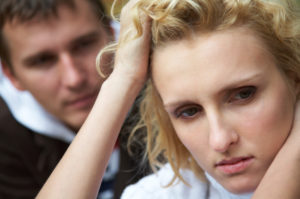 Research indicates that between 20% and 25% of all Americans will have sex with someone other than their spouse while they are married (Atkins, Jacobson, & Baucom, 2001). Many couples enter into therapy as the result of infidelity, and a survey of couple therapists demonstrated that clinicians view infidelity as one of the most difficult problems to treat in therapy and one of the most damaging issues for a relationship (Whisman, Dixon, & Johnson, 1997). Thus, couple therapists need to become familiar with the nature of infidelity among couples, the factors that demonstrate a relationship to infidelity, and data on the efficacy of widely used couple therapy approaches to dealing with infidelity.

The Nature of Infidelity

The Merriam-Webster dictionary defines infidelity as “marital unfaithfulness or an instance of it” (http://www.m-w.com/dictionary).  Clinicians expand upon this definition and regard infidelity as a secret sexual, romantic, or emotional involvement that violates the commitment to a mutual relationship. Population studies have utilized the more restrictive criteria of extramarital sexual intercourse (Glass, in Gurman & Jacobson, Eds., 2002). Shirley P. Glass, Ph.D., a renowned couple therapist and researcher specializing in infidelity, prefers the term “extramarital involvement” and defines it as encompassing a wide range of behaviors including sexual intimacies without intercourse and extramarital emotional involvement.

It is also important to note that the nature of infidelity is changing with the increase in technological advances in personal communication devices. Cellular phones, personal computers, PDA’s (personal digital assistants) and the like are changing the ways in which individuals communicate. People now have increased freedom, anonymity, and access to other individuals.  The couple therapist practicing in today’s technologically advanced world cannot undermine the importance of such advances and the possible negative effects they might have on marriages and committed relationships. One study (Mitchell, Becker-Blease, & Finkelhor, 2005) noted that a considerable portion of the internet–related problems brought to professionals consisted of individuals or couples who were concerned about the negative effect of internet sexual activities on marriages and committed relationships (21% of cases, n = 313). Almost all of these cases involved the client’s own infidelity (97%), but there were some clients (3%) who were receiving treatment because of a partner’s online infidelity. The cases involving infidelity might be further differentiated into at least four somewhat different levels: (a) romances formed online and acted on in real life, (b) online infatuation that does not move offline, (c) sexual conversation with others in chat rooms, and (d) simulated sexual acts with others (sometimes called cybersex).

Atkins, Yi, Baucom, and Christensen (2005) conducted a study which focused on the particular factors—both individual and couple—related to infidelity that differentiated distressed couples who have experienced an affair from other distressed couples seeking treatment, in order to determine those factors which may be seen as hallmarks of infidelity that set it apart from other problems in couple therapy.

Several relationship factors also differentiated couples who have experienced infidelity from other distressed couples. Couples who have had affairs reported less time and less enjoyment in time spent together, more steps taken toward separation or divorce, and problems with trust and dishonesty. In all, these findings indicate that both individual and relationship factors are related to infidelity.

A study conducted by Atkins, Jacobson, and Baucom (2001) noted the many shortcomings of past studies on the correlates of infidelity, and sought to improve on the methodological weaknesses by using a national, random sample and a multivariable modeling strategy in their research. The authors explored the association of gender, marital satisfaction, and opportunity with infidelity in a model containing other demographic variables (i.e., age, length of marriage, previous divorce, religious behavior, and education).

To rectify this, Atkins et al. used data from a randomized clinical trial of marital therapy to examine the initial level of distress and the course of treatment in couple therapy for infidelity couples compared with distressed couples who had no affair. These authors found that “infidelity is not necessarily the death knell of a relationship” (Atkins et al., 2005, p.147) but at the same time, infidelity is not just another problem that couples bring into therapy. Infidelity couples are notably and reliably more distressed that their noninfidelity peers at pretreatment. Given their initial distress, the authors felt optimistic about the efficacy of couple therapy with couples who had an affair. Infidelity couples start treatment more distressed than their infidelity peers; however, they improve in therapy at a greater rate, particularly at the end of therapy. Thus at the end of treatment, the average outcome of couples who had an affair is indistinguishable from the outcome of distressed couples without affairs. It should be noted that the while this study is encouraging with respect to infidelity and couple therapy, these results are preliminary due to several limitations, the foremost being a very small sample size of infidelity couples (n=19).

Psychiatrist and family therapist Frank Pittman, who specializes in working with infidelity couples, also proclaims optimism regarding couple therapy being efficacious with this population. In his book entitled Private Lies: Infidelity and the Betrayal of Intimacy (1989) Pittman describes his 27 years of experience “devoting much of my time to cleaning up the emotional mess after other people’s affairs” (Pittman, 1989, p. 32). Pittman puts forth that marriages can, with effort, survive affairs if the affairs are exposed and that in his practice, couples therapy is crucial after an affair and can reverse the prognosis for the marriage. He adds, “I have rarely seen a couple in therapy divorce because of an affair that is now over” (Pittman, 1989, p. 51).

The couple therapist will need to decide on his or her stance regarding the keeping of secrets. There are many differing opinions on how to handle this delicate subject. John Gottman, Ph.D., one of the foremost researchers, theorists, and practitioners in the field of couple therapy, suggests that therapists discuss the ground rules of seeing members of a couple individually and that these ground rules should include no secrets; everything that gets said in an individual session is potentially public information at the therapist’s discretion to reveal. Gottman writes, “I make sure each spouse knows that there will be no secrets. Otherwise I could find myself in a pickle, like when one spouse says, ‘I’m having an affair, but don’t tell my spouse’” (Gottman, 1999, p.117).

Janis Abrahms Spring, Ph.D. is a nationally acclaimed expert on issues of trust, intimacy, and forgiveness. The stance she has chosen to take, after three decades of private practice with infidelity couples, is one of what she calls “open secrets.” Spring believes that it is crucial for the therapist to push for the whole truth in the first session, as she believes that it is to the therapist’s benefit to know exactly what is going on with the couple in treatment. If there has been or is an ongoing affair, she wants to know about it. In order to encourage honesty and full disclosure from clients, Spring explains her “open secrets policy” as one in which each partner understands that each will be revealing their secrets to the therapist and that the therapist is not going to reveal any secrets without the permission of the disclosing partner. In this way, the therapist is more likely to obtain a clear picture of what is going on in the relationship and is thus better able to assist the partners in healing and forgiveness (Spring, from Infidelity and Forgiveness Seminar, 2006).

The therapist working with couples who have experienced the pain of infidelity will need to familiarize him or herself with the construct of forgiveness and how to best foster forgiveness and healing. In her book entitled How Can I Forgive You? : The Courage to Forgive, the Freedom Not To (2004) Spring offers a powerful and unconventional model for genuine forgiveness—one that asks as much of the offender as it asks of the one betrayed. This model views forgiveness not as a gift, but something which must be earned. Spring explains that forgiveness is usually seen as something that takes place in the heart and mind of the hurt party alone, asking nothing of the offender.

Spring differentiates what she calls “cheap forgiveness” from “genuine forgiveness.”  When forgiveness is offered robotically, compulsively, desperately; when the hurt party fails to process the impact of the violation or ask the offender to redress the injury; this is called “cheap forgiveness.”  “Genuine forgiveness,” in contrast, takes place between two people. It’s a hard-won transaction and must be earned. Genuine forgiveness is reserved for those offenders who have the courage, humility, and strength of character to work hard to make good. As the offender performs costly, humbling, heartfelt acts of repair, the hurt party creates opportunities for the offender to come forward and help the injured party heal (Spring, 2004). This model of forgiveness could prove quite useful to the therapist in assisting infidelity couples overcome the pain and difficulties which usually accompany infidelity.

Frederick A. DiBlasio, Ph.D., developed a decision-based forgiveness treatment in cases of marital infidelity. He defines decision-based forgiveness as the cognitive letting-go of resentment, bitterness, and need for vengeance. Emotional readiness is not a factor in this definition. DiBlasio sees a separation of reason from feelings in making the forgiveness decision, followed by an act of will. People can choose to forgive or not to forgive. Clients report a significant reduction in negative emotions after deciding to forgive. However, they are warned beforehand that it does not necessarily end the emotional pain and hurt. When clients realize that they can make forgiveness decision without “feeling” ready, and that the hurt and pain will be addressed during therapy, they proceed with the decision. DiBlasio explains that when clients discover that they need not be victims of their feelings but can decide to move forward despite the hurt, they become empowered.

DiBlasio’s actual forgiveness session is lengthy (2 or 3 hours) and includes 13 steps. The steps are organized into three sections: defining and preparing (Steps 1-3); seeking and granting forgiveness (Steps 4-12) and the ceremonial act (Step 13). Both partners are offered an opportunity to seek forgiveness for their offenses against the other (DiBlasio, 2000).

The term “infidelity” has no simple definition. It can mean different things to different individuals, and it can include many different types of behavior. Infidelity is often seen as a breach of trust, a betrayal of a relationship, a breaking of an agreement. Frank Pittman writes, “When a man asks me whether something is or is not an infidelity, I suggest that he ask his wife. When a woman asks me if she has done something wrong in a certain situation, I reply that if she kept it secret from her husband, she must think so” (Pittman, 1989, pp. 21-22).

Research has identified many factors correlated with infidelity, factors both individual and relational. The therapist would do well to familiarize him or herself with the wide variety of factors related to infidelity so that he or she might become more attuned to the possibility of infidelity occurring in couples entering into therapy. As Janis Spring notes, it is better to know exactly what is going on in the relationship if the couple therapist is to be effective in assisting distressed couples.

Finally, couples who have experienced infidelity will undoubtedly be distressed. The pain and disappointment which accompanies this may be somewhat alleviated through a process of forgiveness or, at the very least, acceptance. There are various ways to approach forgiveness, and couple therapists should look to the literature and research on this topic in order to help alleviate the pain and suffering their clients are going through.